To purchase any of the books below please visit my Amazon author page here.

Near the island of Antikythera, off the southern coast of Greece, sponge divers discover a 2,000-year-old Roman shipwreck that harbors secrets potentially catastrophic to the public image of Greece. The government and two criminal organizations will stop at nothing to seize the documents… the government to destroy them before their existence becomes known, the criminals to sell them for exorbitant profits.

Visiting Harvard Classics Professor Tobias Romulus Finch becomes the unwilling guardian of the documents, his life now dependent upon finding a solution acceptable to both opposing forces. The novel is structured to engage the reader in both the story and the fascinating geographic setting which offers a unique environmental experience. 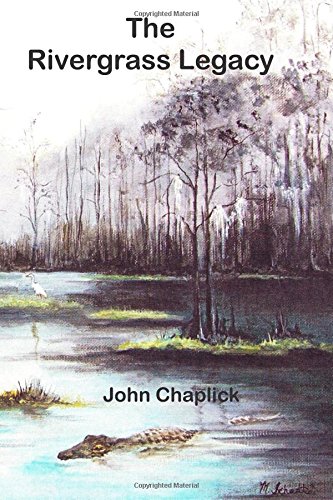 Over his objections, Harvard MBA Grant Abbot Lonsdale III is sent by his firm, on behalf of its largest client, to make an acquisition assessment of a tropical fish hatchery in Okeechobee, Florida. His struggle to reconcile his urban Boston mindset with this rural Southern culture begins when he meets the hatchery’s part owner, Luanne Gibbs, who mistakenly believes Grant’s real objective is to wrest ownership of the profitable hatchery for his client.

Grant encounters another obstacle upon discovering that the hatchery is being used by a vicious Colombian drug cartel to launder dirty money. Trapped between the cartel and the two owners who are reluctant to acknowledge his findings, Grant must prove his assertions and solicit Federal intervention before the drug lord, Salazar Corazon, discovers what he’s doing.

Grant’s aristocratic values change in the process, as he gradually bonds with local ranchers who become allies in his efforts to expose the cartel. He learns to accept those whose socio-economic background is below his own. His priorities now sorted out, Grant realizes the mistake he made years ago in rejecting his true love from the slums of South Boston under parental pressure to marry within his class.

While Grant is busy eluding killers in Okeechobee, Sarah Jankovic, his rejected love, is completing her long journey of determined redemption by proving herself worthy of promotion, and therefore of Grant’s love, in Grant’s father’s international corporation. Grant successfully exposes the cartel and discovers that the client, Conrad Vanderslice, requested his services in a deliberate effort to have him killed in an act of revenge for having been rejected by Grant’s mother before Grant was born. Grant’s evidence brings down the cartel, sends Conrad to prison, and Grant returns to Boston to reconnect with Sarah, who must now overcome her last obstacle: Grant’s class-conscious mother, Mignon, a leader in Boston’s social circles.

Just as all issues appear to be resolved, an assassin hired by the cartel arrives in Boston with intent to kill both Grant and Sarah at their wedding in a final act of revenge. In what appears to be a surprising attitude reversal, Mignon risks her life to thwart the attempt. In the novel’s final scene, she reveals a shocking secret that threatens the reputation of the aristocratic Lonsdale dynasty.

The novel takes the reader into the strange and interesting worlds of drug-money laundering, tropical fish breeding, Florida cattle ranching, forensic analysis, and the mysteries of the Everglades. 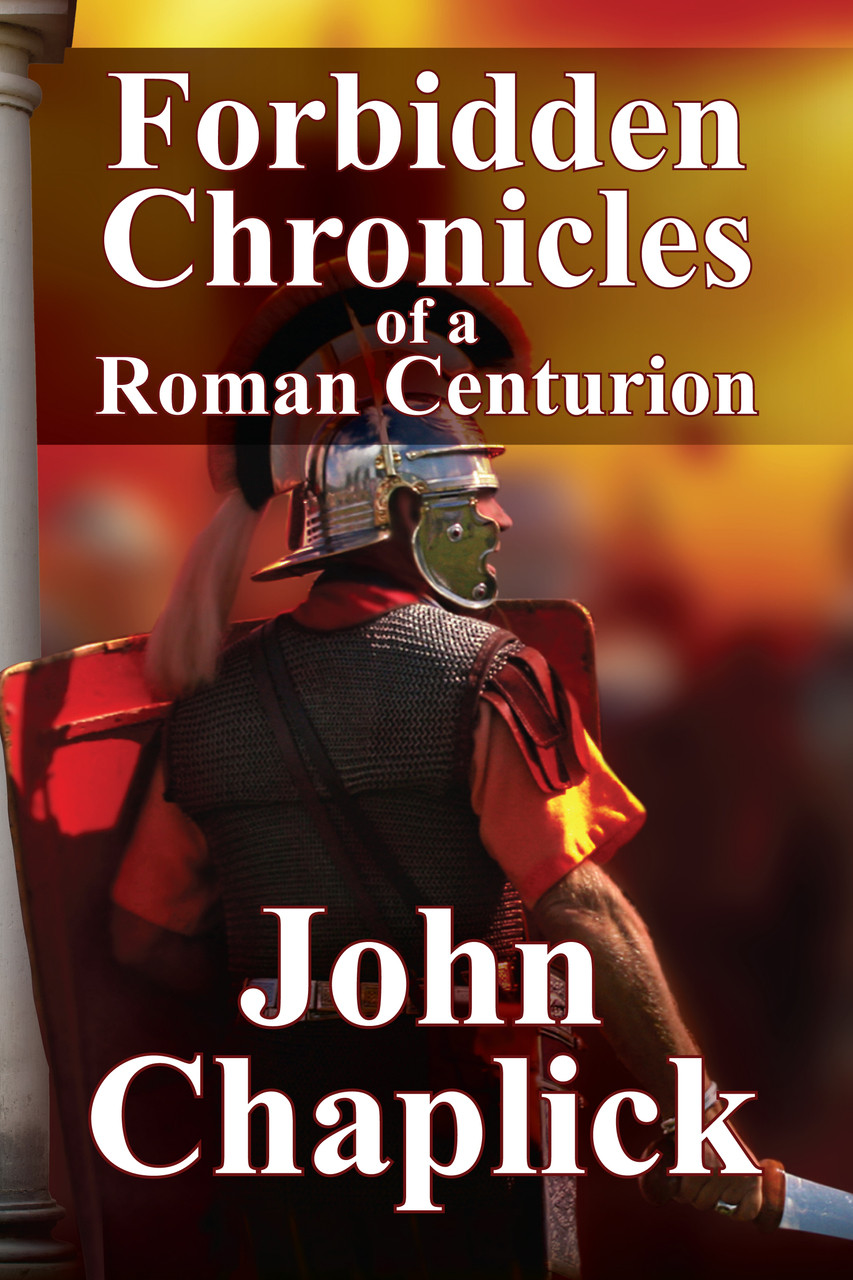 An archaeological dig under the streets of London uncovers an ancient letter written by a Roman centurion who befriended the apostle Paul. The barely legible portion of the document suggests that the New Testament, as it appears today, is a forgery promulgated by the Roman Catholic Church, and reflects neither the true accounts of the apostles, nor the prevailing concept of Jesus.

History professor Dr. Sam Wykoff, an avowed atheist, teams up with theologian Dr. Peter Clemens and a team of specialists from the Museum of London to investigate the source of the letter and assess its validity. The process takes them on a journey which tracks the itinerary of Paul, as well as that of the Roman soldier whose remains were buried with the letter.

The reader travels with them and experiences their encounters with: a mentally tortured Catholic priest whose beliefs have long been compromised by his knowledge of the forgeries; a pair of antichrist disciples anxious to publicize the contents of the letter; a group of zealots who try to kill them; a Satan-worshiper in the form of a beautiful temptress who seduces the youngest member of the investigation team; a Greek Orthodox priest whose theory of “backward causality” offers a convincing argument that, without the Roman Catholic biblical rewrite, Christian doctrine could not have survived the Dark Ages which followed the collapse of the Roman Empire.

During the course of the investigation each participant reacts differently to the growing realization of the potentially horrific consequences of what the team is doing. Throughout, the reader is held in suspense while the centurion’s letter undergoes multispectral image scanning in London to decipher its unreadable portion, a process the results of which will either confirm or refute the alleged forgeries.

A bit like a mystery, a bit like a thriller, John Chaplick’s  Forbidden Chronicles of a Roman Centurion explores some profound ideas while it seeks to accomplish an elusive and difficult task. A Roman centurion who knew the apostle Paul sends his son a letter which is discovered twenty centuries later in an archaeological dig under the streets of London. The discovery challenges the validity of the New Testament and sends a team of scholars across England and Asia Minor in search of the truth.

In its Da Vinci Code like narrative Chaplick’s novel challenges the reader with at times almost dauntingly philosophical and theological discussions among its main characters, including a theologian and an avowed atheist. There is action, danger, mystery, and even a little romance as the team encounters both hard core zealots who fear opposition to the Bible, and evil cultists eager to discredit it.

The reader will find him/herself both entertained and enlightened by John Chaplick’s novel. One can ask for no more. 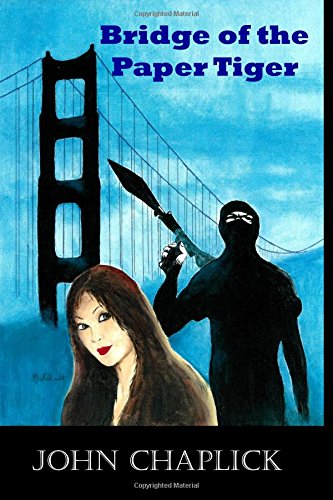 During his performance of Metalcraft’s first audit, wimpish accountant Milton Pringle uncovers what he thinks is a fraudulent scheme by the company’s CFO, Ali Fadhil, to siphon off large sums of money. Unable to find anyone who believes his story, Milt calls in Mike Pallino, a tough, maverick FBI agent who plays by his own rules. Reluctant to work with nerdy Milt on a local activity that doesn’t appear to be a federal matter, Mike finally agrees when Milt presents evidence of foreign involvement.

Polar opposites in almost every aspect of their lives, Mike and Milt grow to respect each other, and combine to break a coded Al Qaeda message transmission system embedded in Metalcraft’s accounting information system. What initially appeared to be an ingenious form of embezzlement becomes revealed in the code to be a jihad to blow up the Golden Gate Bridge.

The author further raises the bar on suspense by drawing the reader into a proposed coalition of Iran, North Korea, China, and Russia structured to:

1.      Force the United States to disengage while Iran attacks Israel.
2.      Ultimately shift the balance of power away from the U.S. and its Western allies.

The coalition partners agree that their willingness to formalize the project and proceed with its objectives is contingent upon the success of the bridge jihad, as proof that the U.S. can be successfully attacked from within without the use of imported forces or suicidal jihadists.

In the end, the effectiveness of our country’s anti-terrorist capabilities is put to the ultimate test on the great bridge, which becomes a silent participant against the forces determined to destroy it.